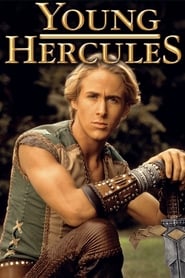 Young Hercules was a spin-off from the 1990s syndicated television series Hercules: The Legendary Journeys. It was aired on Fox Kids from September 12, 1998, to May 12, 1999. It lasted one season with 50 episodes and starred Ryan Gosling in the title role.