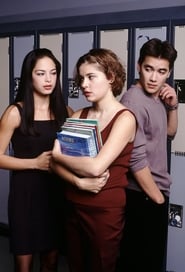 Edgemont is a Canadian television series that aired from 2001 to 2005. It revolved around the everyday dealings of teenagers in Edgemont, a fictitious suburb of Vancouver, British Columbia. The 30-minute show delved into the lives of students at McKinley High School. The plots contained romance, intrigue, jealousy, and all the other elements associated with the adolescent and secondary school scene. They also explored various social issues, such as racism and homosexuality. Edgemont debuted January 4, 2001, on CBC Television, and aired its final episode on July 21, 2005. There were a total of 70 episodes during its five-season run; the fifth season was shown commercial-free on the CBC. The series was created by Ian Weir, who also served as executive producer along with Michael Chechik. It was shot in the basement of the CBC Studios in Downtown Vancouver. The program became moderately successful in Canada, including Quebec where the series has been dubbed in French, and also aired in the United States on the Fox Family Channel. Today reruns air in the U.S. on some local stations, and nationally it airs Sunday mornings on Me-TV, as part of the network’s E/I-mandated programming. It also aired in several other countries, including France.