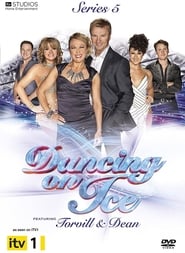 Dancing on Ice is a British television show presented by Phillip Schofield and Christine Bleakley, in which celebrities and their professional partners figure skate in front of a panel of judges. The format, devised by LWT and Granada Television, has been a prime-time hit in eight different countries, including Italy and Chile. In Australia, where it was titled Torvill and Dean’s Dancing on Ice, it was axed after just one series owing to production costs. Originally titled Skating with Celebrities, the show was renamed following the failure of ITV’s celebrity oriented 2005 summer schedule. Dancing on Ice is frequently compared to the BBC’s Strictly Come Dancing. The BBC aired a Strictly Come Dancing special entitled Strictly Ice Dancing at Christmas in 2004 which was won by England goalkeeper David Seaman. ITV’s show was given a January premier amidst network doubts about its viability but became a surprise hit in Britain, where it became the third highest rated television show of 2006. It attained an impressive thirteen million viewers for the final in March. Britain’s best-known ice-skating duo and former Olympic champions Jayne Torvill and Christopher Dean help to train the aspiring dancers, and also appear throughout the show with comments and advice. Head Coach Karen Barber also trains the skaters for the live show. Since the beginning Torvill and Dean have opened every episode with a performance, with the exception of the second, third and fourth shows of the fourth series, when Torvill performed alone due to Dean’s recovery from a shoulder operation. In 2012 they performed less regularly.