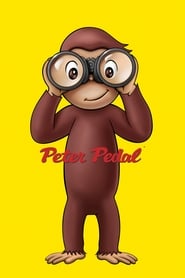 Curious George is an animated television series based on the Curious George children’s book series, which features Jeff Bennett as the voice of The Man with the Yellow Hat. Frank Welker, who voiced George in the 2006 feature film, returns here as the voice of Curious George. The show is currently broadcast on PBS Kids. The series illustrates and explains various concepts in math and science and each live-action segment shows schoolchildren engaging in experiments that teach the math or science concept featured in the previous cartoon.