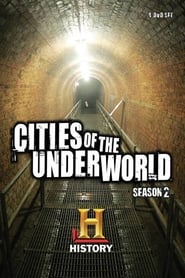 Cities of the Underworld

Cities of the Underworld is an American documentary television series that premiered on March 2, 2007, on the History channel. The program explores the subterranean environment and culture beneath various civilizations. The series was originally hosted and narrated by Eric Geller for the majority of episodes in Season 1, with Don Wildman taking over for the rest of series 1 and series 2 and 3.