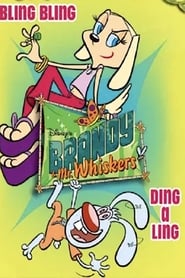 Brandy & Mr. Whiskers is an American animated television series about a pampered yet spunky dog and a hyperactive rabbit who get stuck in the Amazon Rainforest together. The show originally aired from August 2004 to August 2006. It was televised in the United States by Disney Channel.