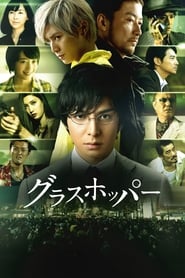 Movie contains the stories of three people: Suzuki (Toma Ikuta), Kujira (Tadanobu Asano) and Semi (Ryosuke Yamada). Suzuki is a former middle school teacher. His girlfriend was killed, which led him to quit his job and attempt to take revenge on her murderer. To do so, Suzuki has to infiltrate the underground world of criminals. Kujira is a contract killer for hire. He makes his targets fall into confusion and eventually commit suicide. Semi is a contract killer who uses the knife to take out his targets.