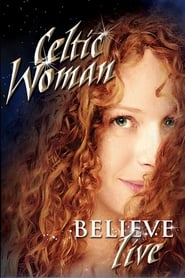 Performers in Believe are three vocalists Chloë Agnew, Lisa Kelly, Lisa Lambe, and fiddler Máiréad Nesbitt All songs on this album are re-releases from their previous albums. Their only new song, entitled ’Princess Toyotomi’, is featured in the film of the same name. This is the first album where nine members (both current and previous) appear together. Another album of the same title was released on January 24, 2012 Both this album and DVD (live performance from the Fox Theatre, Atlanta, Georgia) feature new music from Agnew, Kelly, Lambe and Nesbitt. The performance was broadcast on PBS stations in December 2011 Some of the songs performed but not available on the CD are A Tribute To Broadway, sung by Agnew, Lambe and Kelly, and Mná na hÉireann, played by Nesbitt. European and North American dates for the 2012 Believe tour have already been set, but Lisa Kelly will not join this tour due to her pregnancy, and will be replaced by Susan McFadden.